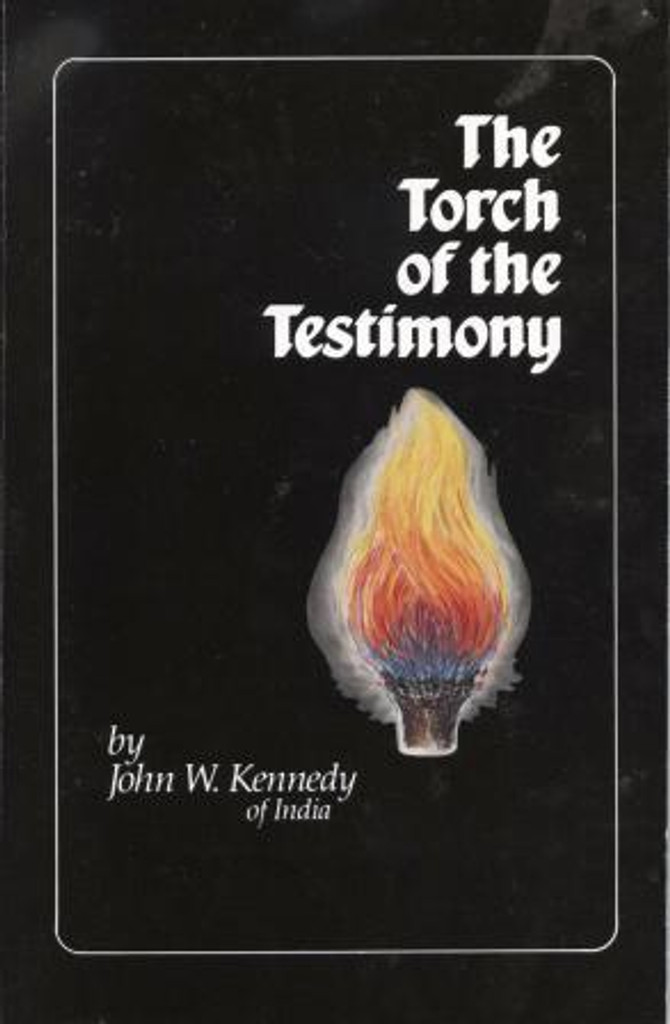 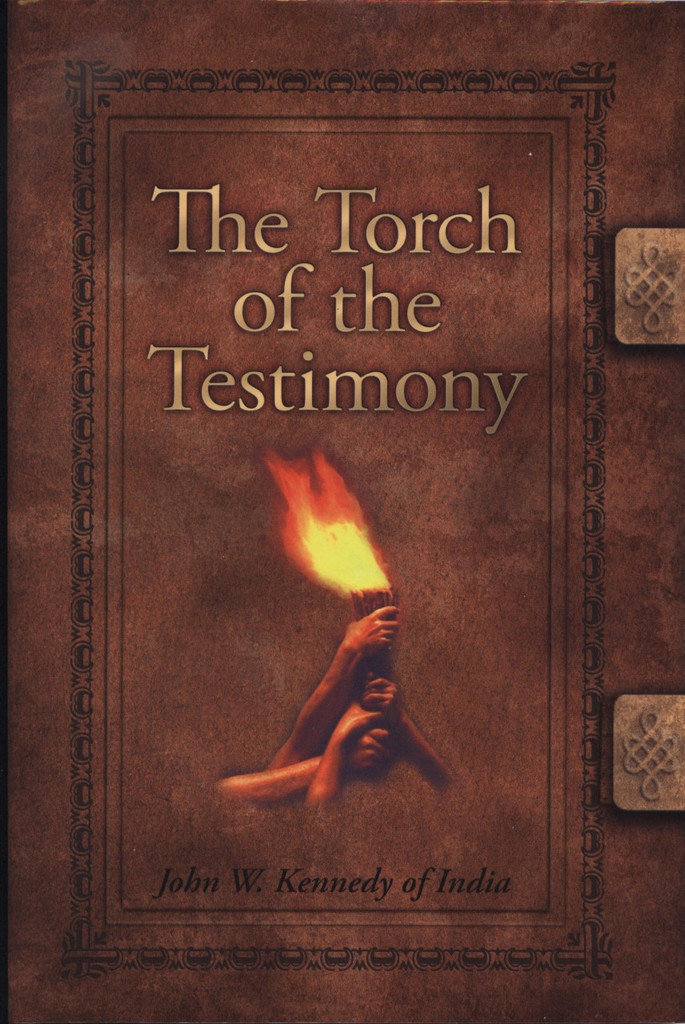 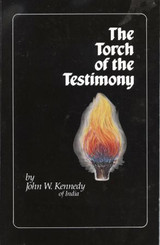 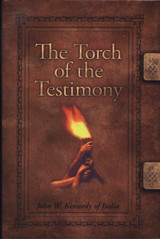 Torch of the Testimony

The 2,000-year history of those Christians - and churches - that have stood outside the Protestant-Catholic tradition. This book was originally published in India in 1964 and is little known in the western world.

Beginning in the first century John Kennedy traces the history of Christian groups who remained outside formalized religion down through the ages. A stirring, passionate and sometimes heart-rending story of suffering to the centrality of Christ within the Body of Christ.

Blow off the dust and wipe away the cob-webs and get ready for a spiritual “Indiana Jones” journey through the history of your family, your Christian Family.

Blow off the dust and wipe away the cob-webs and get ready for a spiritual “Indiana Jones” journey through the history of your family, your Christian Family. In this book, John Kennedy, born in London but serving as a Missionary in India since 1951, opens before us the path of Christian revelation as it regards Christ's building of His Church against which the gates of hell Shall Not prevail. All throughout the last 2000 years Jesus Christ has been at work steadily taking His Light or The Torch of The Testimony, higher and higher, step-by-step towards the that day of days, that highest point, whereat Christ shall be glorified above all things and have the preeminence. Along the way we, His people must decrease and He must increase and so it has been. The way has not been peaceful or painless. Brothers and Sisters have renounced, tortured, burned and killed each other as disagreements over God's constant movement upward where fought out on his dear ones. In his book Brother Kennedy likens God's on-going revelation and building process to the light versus the darkness. As old torches which had provided good light in their time burned out and God would light a new one, his followers where conflicted, feeling that they must resist and persecute the new direction. Out of these struggles came many “foot-holds” of The Faith for which we now take for granted, such as being able to read, and to read the Scriptures, and in our own languages, Believer's baptism, salvation by grace through faith as opposed to by sacraments or works, the destruction of the clergy/laity divide for which God Himself expresses a hatred in The Book of Revelation. All these came at great costs to our forefathers of faith on whose shoulders we now stand on. Hear of Wycliffe, Huss, and Tyndale, Anabaptist's, Menno Symon and The Mennonites, Wesley and the Methodists, Luther and the reformation and Lutherans. Hear of groups less known such as Peter Waldo and The Waldensians, George Fox and The Society of Friends, William Booth and The Salvation Army. You can pick and choose in reading this book, jumping to the areas that first attract you or take it chronologically as written for the big picture. Be shocked at the cruelty done in God's Name by God's People against their Brothers and Sisters. Sense the longing to go on but the fearing of being misunderstood or persecuted, or inconvenienced, as one group or theological stance (such as that the scriptures where only for clergy) stands by their convictions while missing the upper call of Christ and His Torch-Lit Testimony to new “visions and spiritual vistas”. Look back over the years of Christendom and see the littered corpses of movements, some still in existence, that once bore the Light of God so brightly and freshly, but now have become enemies of the Cross of Christ. What would you have done? What will you do? The march is never-ending. Jesus calls out through Holy Spirit into every heart open to Him and says, “come, and follow me...”. This book is my second favorite and number one on Church History. I must warn you though, while it is not long or hard to read it had a real effect on me. When I first read it back in 1984 it started a book reading marathon for me of over 500 books and four years as I attempted to read something of every person and movement mentioned. I gathered much honey then but I don't read as much I as used to! Happy reading... Brother Wil

Passing of the Torch