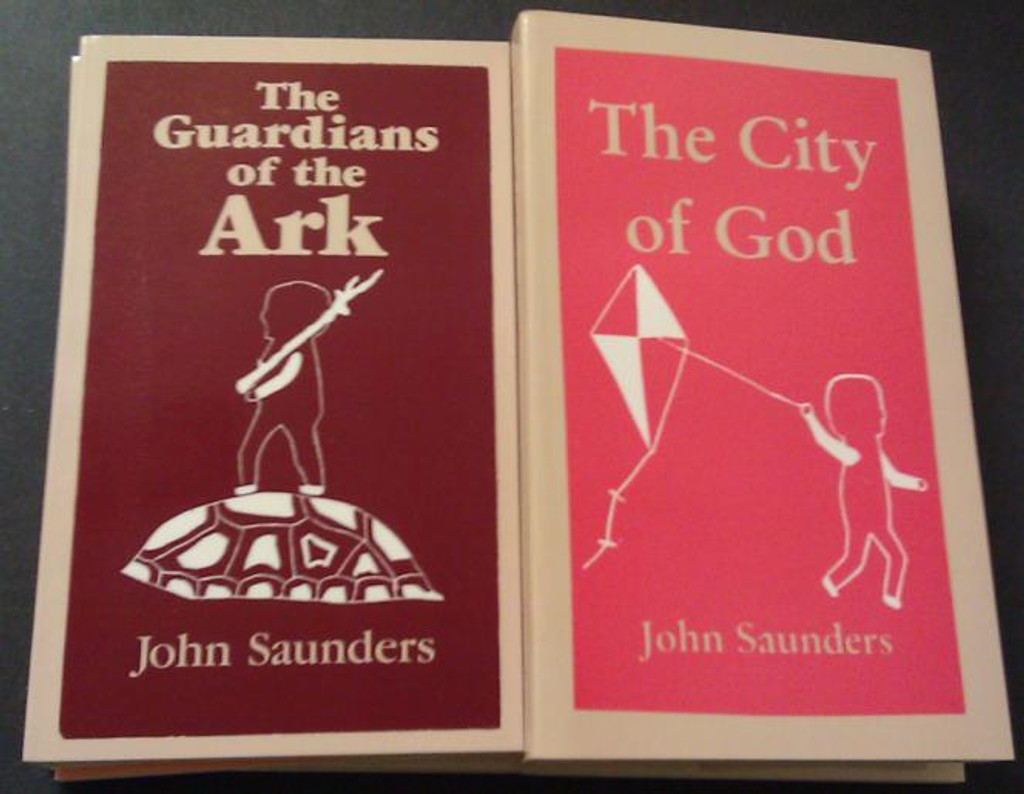 John Saunders was an extraordinary man who loved and followed the Lord Jesus Christ with a passion. The nine "Modern Parables" follow below this. The most popular one is "The Tiger Is Dead," but you will want to have the set at our reasonable price for nine books. His books have been translated into Romanian, Korean and Japanese. He described the books as a chronicle of revelation from the Lord, which he had gained throughout his life. The sole purpose of these books is for others to know that same fellowship and passion for the Lord. John wrote and published all of his books at about the same time. Not long after that came his untimely death. The shortness of John’s life has not given John’s books the audience they deserve. It is both a privilege and honor for SeedSowers to make these nine “Little Books” available to the Christian family. These nine books are now released to you as a set. The titles are:

The Tiger Is Dead; The Guardians of the Ark; A Heart for the Stretch; The City of God; The God of Preparation; Kings Unto God; The Tabernacle of David; A Remnant for the House; and The House of God.

The City of God, like the other eight Modern Parables by John Saunders, is small in measurements, but not in content. John gives many Scriptures which reveal the City, the Building, the House, the Priesthood, the New Man, the Church, the Bride, and the Kingdom. He says, "The church of Jesus Christ in every locality is intended to be a microcosm of the city of God."

In The God of Preparation, John Saunders uses fictional characters of the first century to tell the story of the church, scripturally based. He makes an appeal for the restoration of the church and a return to first things.

The Guardians of the Ark is a fictional representation intended to draw you deeper into Jesus Christ and also to focus on a corporate life in Christ, exampled by a small group of Christians meeting outside the religious system knowing Christ as their all.

A Heart for the Stretch is the title story among six short stories in this little book by John Saunders. John uses humor, challenge, allegory, essay and historical fiction to encourage Christians to run with endurance.

In The House of God, author John Saunders follows through the Old Testament to show the intent of God to build His house.

Kings unto God — The chapters of this little book are: "The Servant," "Faith," "Prayer," "Building the House of God," "Encouraging the Brethren," "Abolishing Idolatry," "The Downfall of Kings." The author presents four Old Testament kings and applies principles from their lives to the life of the believer.

The author of A Remnant for the House, John Saunders, uses stories from the history of the Jews to present God's call for a remnant of his people to come out of traditional religion.

The Tiger Is Dead has blessed hundreds of people. It is the favorite of most people who have read John Saunders' books. The Tiger Is Dead is an allegory with a surprise at the end. In addition to this story, there are messages by John Saunders, entitled "Prelude to Philippians," "When He Shall Come," "The Kingdom of This World," and "The Order of Melchizedek."

The first time I bought this series (a long time ago), it became precious to me. Because I didn't want to part with my set(which might be my second, as I have given many books away) I bought it again for my adult son - especially for the book "A Heart for the Stretch." The Lord is good.

Just read "The Guardians of the Ark" It was great. He makes those boring stories in the OT come alive.

Chronicles of Heaven (The SET of five books)

Prayer (3 books by Sparks in one volume)

Things of the Spirit (3 books in one volume)